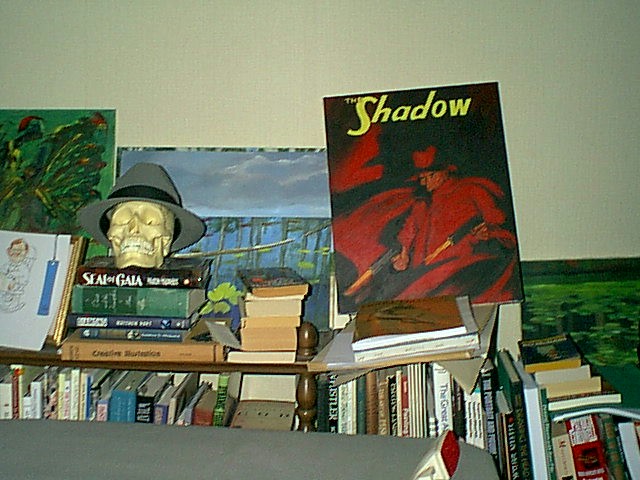 This is my mind

I wanted to be Harry James

Recently I googled my Great-Grandmother's farm just to reminisce.  It wasn't the warm fuzzy I was expecting. The old rutted dirt road leading up to the fenced in farm was now a paved two lane with yellow stripes in the middle. The fence enclosing the fields and barns was gone. The old house still stood next to the road but not one of the buildings--barn, smoke house, tool shed, or two hole outhouse were anywhere to be seen. The old bricked up well was still on the side of the yard but it was covered over with an iron grating to keep idiots from falling in.
Across the street was a double wide with a car parked in front.  To the left of the old run down house was a white house built out on the field that used to run high with corn. The field was now a lawn, flat and green, sparsely dotted with new trees in the area where watermelons used to grow.
I went further up the paved road just around the bend where the branch was. The branch was the little stream that ran from the forest to the old dirt road and under to the other side. It was a favorite spot for us kids to float sticks and wade to cool off our bare feet in the summer heat. I searched and searched but there was no sign of the little stream. Both sides of the road were covered in dried bushes and weeds.
The old forest where Clyde and I went hunting squirrels was covered in new growth trees. It was all so foreign.
My son said, "It has been a long time, dad."
He is right.  It has been a long time. 60 years is a good stretch. During that time practically every sign that we were there had disappeared.
The old house is now unsafe to enter. The well is covered as a safety precaution. The water cannot be brought to the surface thus removing its significance. The old barn, the sugarcane mill, the gate leading to the cows in the field have all been removed as if they had never existed.
I felt the same as I did the day in 1972 when I drove up to the Riverland Terrace School grounds. While I was overseas it have been demolished. Not one brick remained to show there had been a school on that site. I was in shock for days.
Recently, James Island High School, or what was our high school, was demolished. Bricks from the site were given to some of the alumni for a price, I imagine. Which means another bit of concrete proof of our past is past.  It's gone.  With these things go our reference points. We can no longer say, that is where I went to school, or that is where my childhood was influenced. We cannot look at our children with pride as they enter those old buildings to begin their education.
Traditions used to be important. Those things handed down generation to generation used to have deep meaning.
Now families are split apart. The young move to where the job is. The family ties are frayed and eventually broken.  Traditions?  They are lost in the shuffle.  The old folks?  They are lost in the shuffle. We used to sit on the front porch and listen to the tales told by our grandfolks about the times in which they were raised. We carried those tales forward so that families knew where they came from.
I should never have googled my Great-Grandmother's old address.  I was just reminded that we all pass and with us our life story which may or may not have been significant at the time.  Life goes on.  And in a few years it will go on without me. I plan to be cremated and my ashes to be released on the top of the white cliffs of Dover. Whether that last wish will be  granted remains to be seen, but , to coin a phrase, I, too, will be gone with the wind. All traces slipping into the breeze scattering me to the ages.

Notes from a life

I found these notes in one of my old sketch pads. My dad had started writing about his early days. I typed up this portion. I was saddened when it came to an abrupt end. There is no follow up anywhere.
Any typos or grammatical glitches are due to my incompetence as a typist.

It's OK, I promise

You know, I don't feel like writing a blooming thing. So I decided I won't. And a decision is a decision right? Write. Ok. It's Sunday. The weather is nice. Blue sky, cool breeze wafting Spanish moss along the old oak limbs. Don't hear any birds though. Nope. Not one. Interesting. No crickets either. Come to think of it no bug noises either. Odd. Oh well. Gosh, traffic has slowed down as well. Hmm, actually I haven't heard a car go by in quite some time. Unusual.
Sasha is lying along the section of books on the wall. Asleep as always. She's 9 this year and seems to have a bit of trouble with her movements unless of course you pull some Ben and Jerry's from the freezer. then she is right there under your feet. Wait. Was that a bird call? No, guess not. Anyway, she's getting up in age. Past me in dog years now. Gray muzzle and all. Still good company though.
I cooked some oatmeal today in the microwave. Gloppy mess supposed to be good for the old cholesterol levels. Have to wait to see at the next official physical. There it is that was a car I know. Let me just peak out this window here. Nope. Kinda quiet out there. Now, what was I saying? Oh yeah. Cholesterol. Well, before I became engaged I decided I was gonna eat whatever I wanted and when the time came for the big one then my arteries would clog up all at the same time and I'd drop immediately to the floor without the chance to think about anything. Then I became engaged and I became very health conscious because I wanted a long life to stretch out in front of me. Now Post-engagement I think the other diet plan is the right one. Much like the whole point is to die broke. Then your kids don't have to squabble over what you have left behind. We enter with nothing we go with nothing. Simple. Beats the taxman taboot.
Well, as I was...wait a minute. There's something outside. A shadow just fell across the window. Hold on while I go take a look. .....
There's something in the sky out there. Just sittin' like a stationary cloud but it's bright and metallic. Looks too heavy to be just sittin' there. Hold on while I call the cops....

Seems they've had several reports about this thing. Only it isn't just one. They're dotting the sky all over the county. I'm going to go out and take another look. They are very high up there and there are lots of them. Now there's a sound coming from the sky. A deep humming noise and the saucer-like, yeah, I said saucer-like, things are beginning to spin in two directions at once. The middle section is spinning counter-clockwise and the two outer sections, clockwise. The bottom has lights beginning to blink green then red. I came back in. It's unnerving. They just sat there for the longest time and now this movement. Sasha seems to be getting a little agitated now. Wait, she's just gotten up and cocked her ears toward the front door. I'll go check it to make sure it's locked. I'll let you know what's going on. ...
There was something out there in the hedge. Sasha started to bristle and bark so I let her out. She took off toward the spot and then dashed around the corner barking steadily. Abruptly the barking stopped and she doesn't respond to my calls. I stepped out to see but the air seems charged. What little hair I have stood out like Einstein's and crackled. Too weird. I came back in. Sasha seems to have disappeared. I think I better call the cops again. I'll get back to you.
Ha, Ha. Just ignore all the things I rote earlier. Nuthin too em. Tha burds is churppin and tha beees is hummmmin. Yu noe me i'm alwaas ritin stuph ta get a lefff. Dun yu wurry nun. Things is gunnu beee ok. Wunce yu let them in yur houss and let emm stik this wire in yur hed things is ok. Even Sasha is beddr. She kin talk now. En thet rite gurl?
Woof!
Din say she spoke Inglish...
So if yu notis dark hevvy clowds over hed. Just open yur dors and welcom thim. They ar kwite frindly.
Posted by Rick at 5:48 PM 1 comment: